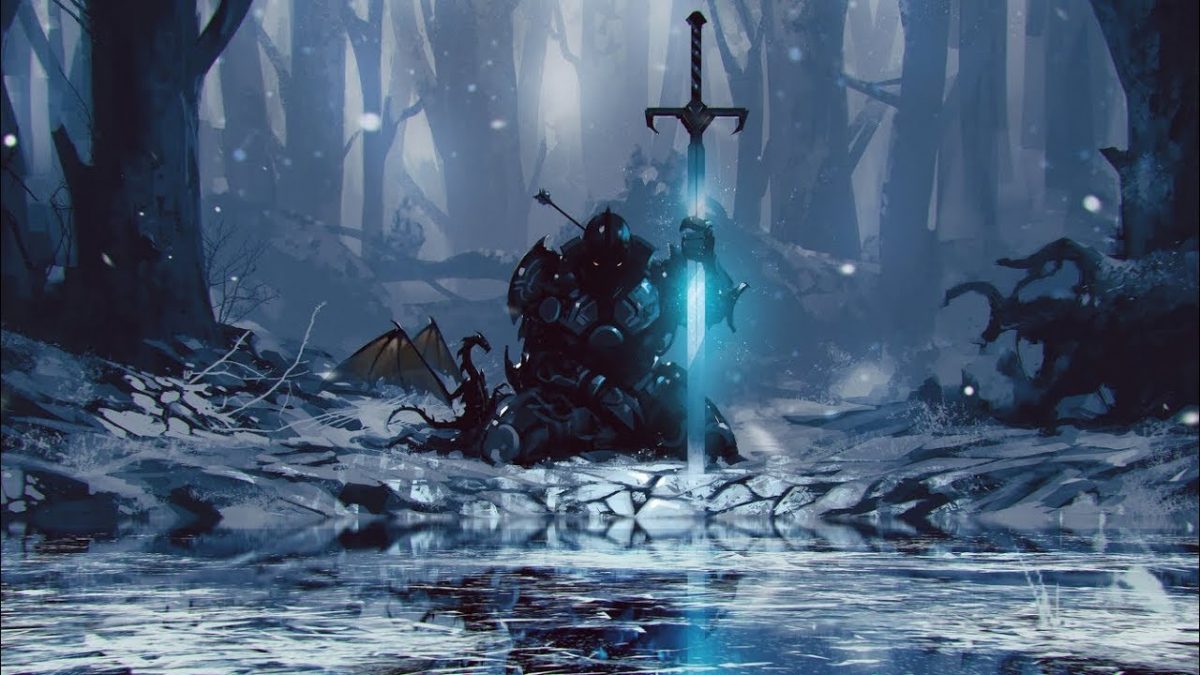 (Originally published on the website of author Jon Ford and re-published here with permission.)

So, I’m sitting here thinking about the world that Jon has created and, if I was given only one word to describe it, I would say “epic.” We’ve all heard this used before in terms of books – epic novels. But what is an epic novel?

By definition, epic used to be the word used to describe a particular type of poetry and not full books. That’s changed over the years, though, and now it covers a broad range of full-length stories.

That may seem pretty straightforward, but let’s add to the mix that epics also typically have a minimum length of 120,000 words. However, The Wizard of Oz is considered an epic and it’s only 40,000 words. (Dontcha love it when we bastardize the English language and the definitions we thought we knew?? I’m half kidding here – The Wizard of Oz is one of my favourite books and it’s a whole lotta story.)

Based on all of this, I am definitely in the camp that votes for Jon’s books being epic novels. First, he’s well over the low end of the word count. Second, he’s done a tremendous amount of world building with multiple characters whose storylines play out in different lands and slowly, and mysteriously, link together.

Many authors would kill to have a brain that can not only create something like that, but also organize it into a seven-book series. By comparison, my first book puts two people in one place for…one night. A far cry from what I would consider epic.

(Fasten your seatbelts here because I’m about to take a sharp turn.)

I’ve been watching a lot of news lately, as I’m sure many of you have, and it’s kind of hard to tell the difference between reality and Independence Day. I keep waiting for Will Smith to show up in my backyard dragging an alien wrapped in a parachute. Although, with as awesome as 2020 has been so far, that’ll probably be next week.

Now, as epic as the global pandemic has been, the US has all eyes on us, once again, as we navigate the George Floyd tragedy and subsequent protests. It’s kind of making me wonder if some writers can see the future. Or maybe it’s that humanity truly is its own worst enemy.

We started the year by getting dropped onto the set of Outbreak and now we’re muddling our way through Contagion meets The Stand!

I’m going to make a quick pitstop here to say that while I don’t agree with any law-breaking, I do fully support those who are peacefully asking to be heard and seeking change to the disgusting racism that took the life of a presumably innocent man over something as ridiculous as a $20 counterfeit bill. That never should have happened. And I hope it never happens again.

So, here I am thinking about epic novels and screenplays and looking at the world we live in wondering what writers will conjure up next to outdo the state of current affairs. Because that’s what they do, right? However insane life is right now, they take it one (or several) steps farther so we can temporarily get lost in an alternate reality that seems impossible.

It also makes me think that, if it’s true that writers are fortune tellers, maybe Jon knows something we don’t know since his series contains a global event called The Rising. (Don’t unbuckle yet…this’ll be happening right after Will Smith shows up.)

Back to these (seemingly) fictional universes that find their origins in a writer’s brain… Curious about the transition from poetry to novels, I looked up the beginning of epic writing. This may come as a total shock to you, but its birthplace was ancient Greece and the great-granddaddy was Homer. What? That doesn’t surprise you? Nah, I didn’t really think it would.

Okay, so, that answers one question, but what about the first epic novel? As razor-sharp as Google may be, multiple searches for this query returned only one thing – The Adventures of Captain Underpants. Yes, apparently Dav Pilkey of the esteemed Captain Underpants series took it upon himself to add “Epic Novel” to the title, thereby breaking any educational internet search. Thanks, Dav!

Yes, you did, Dav. You totally knew.

In fairness, the answer is probably out there somewhere, but I can only yield Captain Underpants results a finite amount of times before I give up.

I’m sure when most of us think of epics, what comes to mind are series like The Lord of the Rings, Game of Thrones, and maybe even Harry Potter. Does that mean they always contain elements of the supernatural? (Let’s see if Jon is going to jump in here…) Not necessarily, although the fantasy genre does seem to have cornered the market. But I recently saw Stephen King referred to as a writer of epics based on his word count.

BOOM! And then Jon arrived!

There are probably exceptions to the rule, but most epics seem to contain fantasy elements. I suppose the reason for this is that the terms ‘Epic’ and ‘World-Building’ often go together in this respect!

Epic sagas usually have big word counts. Your bog standard thriller, romance or erotica, etc, don’t have to do world building to establish their settings. We all know what New York looks like. Or Paris. Or Milton Keynes. But when Tolkien wrote The Lord of the Rings, he had to give us the detail to build a picture of Middle Earth in our heads. JK had to give us the details of the wizarding world. And don’t get me started on the world GRRM had to communicate to us!

I LOVE that you think of my Songbird series as an epic! That is certainly what I’ve aspired to create. While my world is based on the one in which we live (which has allowed me some shortcuts), I have had to spin a new recent history for the world, a new political world order, and a smidgen of new geography!

Anyway, that’s my theory and I’m sticking to it! 😛

One thing is for sure – whether it’s the massive books that capture our hearts or the lengthy summer blockbuster films we love to watch, this classification is one of the very best places for escapism. And isn’t that what entertainment is all about anyway? It gives us something to really sink our teeth into as we devour all the details, discuss plots at length with our friends, debate one character’s worth versus another, and get lost, whether in our imaginations or thanks to the magic of Hollywood, in their respective worlds.

In light of recent events, I can’t think of a better time to run away for a little while. As with most points on the literary spectrum, much of it is subjective, so it doesn’t seem we were really able to pin down a strict definition for ‘epic’ today. Personally, I think it’s one of those things – we know it when we read/see it.

HBO may have annihilated GoT with the finale, but the books are still good. Pick ‘em up. Or go immerse yourself in Homer (not Simpson, although after 31 seasons, that’s pretty epic, too). Or, as mentioned, Jon’s chapters and back story are all here for anyone who wants to dive in. (The shameless plug was my idea – not his.)

If all else fails, one thing we know for sure is we’ll always have The Wizard of Oz. For a fantastic spin on the original and one of my all-time favourite musicals, look for The Wiz with its all-black cast. If you haven’t seen it, trust me…you need to.

As a matter of fact, this may not be a bad time to follow the Yellow Brick Road.