The Power of Brainstorming

We Are Not Your Minions

(Nikki note: I am not a victim in this latest disturbance and am not in any way attempting to make that claim.)

I never wanted to write the “Who Are You?” post, and I’m really hoping there won’t be a part three to what seems to have become an erotica community epidemic. 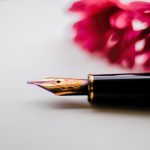 This time, I won’t bother regaling you with definitions and permission to use a pseudonym. You already know what it is and you are well aware that you have the right to use one.

With the last scandal, I was farther removed from it. I didn’t really know the person. I also wasn’t very familiar with the people affected. I was simply sad to see the hurt they felt when someone they knew well as a bi-sexual woman turned out to be a straight man.

Since then, we’ve had another man reveal that he was doing the same thing. This made less of a splash as he wasn’t well known within the community and didn’t have as much interaction with other writers. His victims felt the sting, nevertheless. Nothing can detract from that.

But now we come to the perpetrator who was discovered this week. Someone who reached deeper into the community. Someone who leaves a long trail of sexting sessions with many women. Someone who, keeping in line with the other two, presented himself to be a bi woman and turned out to be a man.

I knew this person. Not very well, but well enough. ‘She’ first showed up in my Twitter DMs in December. I knew who she was, of course. Being new to the community, I could clearly see who had the attention of many. She managed to accomplish the main goal with which I was hoping to be successful – staying true to the kink that drives me while finding acceptance from talented writers in other genres. So, when I first saw her appear in my messages, I was excited to talk to her. 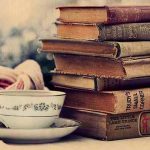 We talked shop. Her WIP, my WIP, publishing ins and outs, and marketing. She complained about men and the “upper hand” they had as authors in certain genres.

It got personal. She told me about her wife, confessing it was often difficult for them to connect sexually. We shared our upcoming holiday plans. I heard about visiting her in-laws and what she was going to be cooking for Christmas dinner.

She flirted. I told her I was straight. She flirted more. I sent laughing emojis in an attempt to stop it.

She flirted publicly, calling me “hottie” in threads with many other writers present. In private, her pursuit became a little more enthusiastic. Every time I reminded her I was straight, she replied with, “So is spaghetti, until it gets wet.”

I felt uncomfortable. Her blatant disrespect for my preferences frustrated me. I stopped seeking her out and cringed when she found me.

I made my own way within the #WritingCommunity, meeting lovely and talented friends who showed respect to each other. I accomplished what I had set out to do and so much more thanks to the help of others. And I avoided her as much as possible.

A couple of months ago, it was discovered that she had alt Twitter profiles – both male. She maintained that she used pseudonyms of the opposite gender due to acceptance issues within the other genre. I believed her.

Fast forward to Thursday evening when I discovered that someone was cryptically tweeting about her. And all signs were pointing to yet another case of sexting misconduct. By Friday morning, we knew that ‘she’ is, in fact, a he. Some very brave souls within the community called him out and spread the word, prompting him to close his account.

So, without so much as an attempt at an apology and with an attitude that screamed blame at his victims, he was gone. Running like the coward he is.

But what’s left behind are the hurt feelings of those he used for his own gratification. They lost a friend. Some had intimate interactions with him, believing him to be a woman. As victims often do, they feel embarrassed. People are questioning what is real and what isn’t.

With everything that’s happened over the past few days, I have discovered there are four things of which I am absolutely certain.

If you have been the victim of this or any type of predatory behavior, it is NOT your fault. The shame is not yours. Whether they want to admit it or not, the shame and embarrassment belongs to the perpetrator. I can only imagine how you must be feeling, but know that this person is seen by all for what they are – a sick individual who is so insecure within themselves that they need to pretend to be someone they aren’t for their kink release.

A married, straight man masquerading as a bi woman in order to sext OWNS this. Not you.

You have every right to sext without fear of judgment. Whatever sexual avenues you want to explore via DM, texting, video chatting, etc. is your right and it is not the place of anyone else to comment on it.

Solid, trusting friendships and relationships CAN be built online. I have several wonderful friends with whom I share photos and videos of our daily lives, send mail to and receive it from, and talk to regularly on the phone. I love these people dearly and my life is so much richer because of the love and joy they bring to it. I know there are others who have found the same.

We all know precautions must be taken when meeting people online, so be diligent about following the necessary steps to ensure your safety. Know the appropriate measures needed to confirm who you are talking to. But do not let these predators stop you from the possibility of getting to know someone wonderful.

Not all men are predators. I have some amazing male friends within the #WritingCommunity and I trust them implicitly. Whatever you do, please do not let these few cases tarnish the caring hearts and good intentions of the men who deserve our appreciation and respect.

To the catfish – I’ve said it before and I’ll say it again…the truth always comes out. If you are preying on people and taking advantage of the trust they afford you, it will become known sooner or later. You are risking everything so you can treat other human beings like objects. Chattel. Women who offer you friendship only to find out that you are putting your dick above all else…including any consideration for the feelings and hearts that are on the receiving end of your warped and selfish games.

If you are engaging in these activities, heed the warning now. We are not here to be your toy. You will get caught. And when we catch you, we will turn the tables on your mind fucks. DO NOT BRING THIS BEHAVIOR INTO THE WRITING COMMUNITY.

If you think you’re smarter than the ones who tried before you, maybe you are. But I promise you that you aren’t smarter than us.

PS – A big thank you to Markie Monroe for her excellent sleuthing talents and the bravery she showed by bringing this into the spotlight!